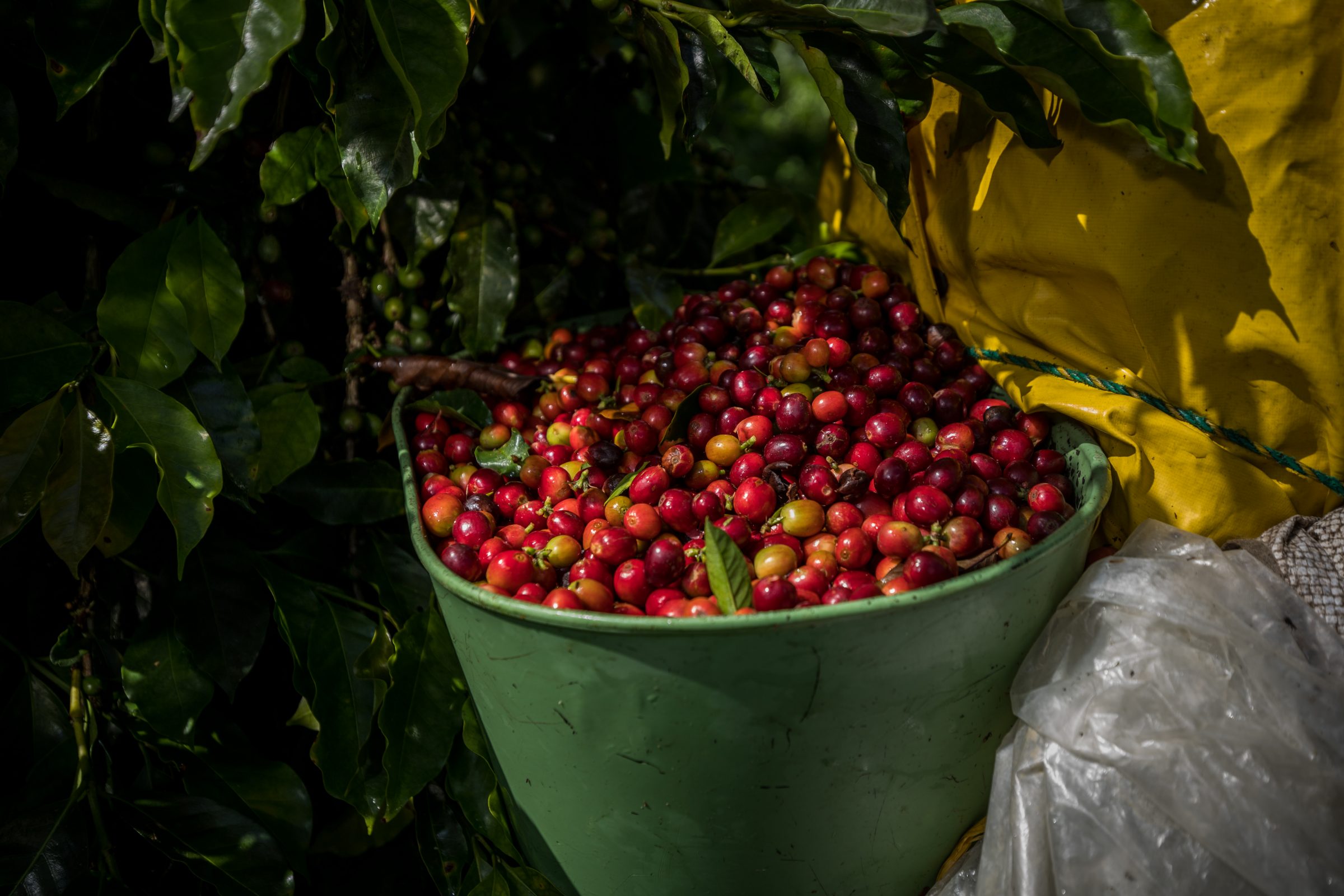 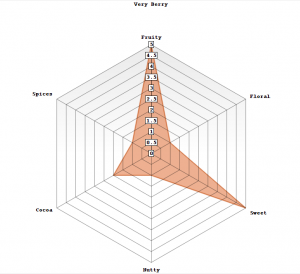 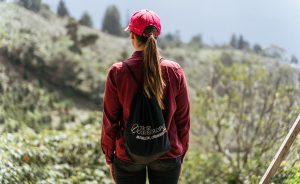 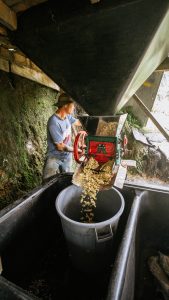 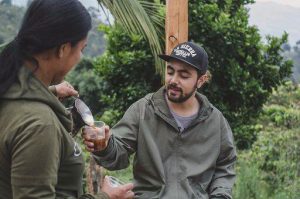 In Proyecto Renacer we have a few main fermentation protocols including Very Berry. It is a special recipe created by Jhonatan and Cristian Raigosa with a unique berry profile. The coffee cherry is harvested at an optimal point of ripeness, the overripe beans are removed through the floating process, then the coffee is pulped and stored in a fermentation take where it is fermented for 300 hours in the presence of the mucilage. In order to get these amazing notes, the cherries are fermented for 12 days!

This long time of fermentation is possible due to the high altitude and cold weather of the fermentation station which slows down the fermentation process. This process of sugars breaking down can be related to an alcoholic fermentation similar to the beginning stages of wine production. But don’t let the name fool you, it’s alcohol-free! Later it is washed and dried in the sun in a marquee for approximately 3 weeks.

Proyecto Renacer was created in order to improve the lives of those in the La Sierra neighborhood. Led by brothers Cristian and Jhonatan Raigosa, Proyecto Renacer is located in the hills of the city of Medellin in the neighborhood of La Sierra. It is composed of more than 30 coffee growers with 13 small farms (2 hectares on average) and they involve the addiction recovery center Hogar Casa Claret.

These two brothers are the real definition of coffee-preneurs. Cristian has emerged in the Colombian coffee scene as one of the best roasters and baristas bringing direct knowledge of specialty coffee consumption to the team. While Jhonatan has worked in field production, building critical producer relations, and quality control tying together the administration of the project

The project began when, by chance, they received a sample of a coffee from the La Sierra neighborhood. They were surprised to find a coffee from Medellin, this was something unusual. After profiling and sampling the coffee they found an extraordinary product with some very striking attributes that made them want to contact the producer to know more.

When they first ventured into the neighborhood to start developing the project they were uncertain because the sector for decades was practically a war zone with violence and disputes over drug trafficking. It had even been documented in a movie! Nevertheless, their passion overcame prejudice and they went to a meeting at La Sierra with the producer, Don Gabriel.

Once they were there, they found a totally different panorama from the one they had in mind. In La Sierra, there were more producers than in Don Gabriel with great quality coffee and surrounded by excellent geographic conditions for coffee growing. In this way, they came up with the idea of coordinating the coffee of all the small farms in the neighborhood, processing it in order to add value through fermentation processes. Thus, Proyecto Renacer could support, in a small amount, Colombian agriculture and its low prices paid in their cooperatives. In conclusion, a positive impact on the Sierra community.

Through these products, it creates the opportunity to offer consumers of Medellin and the world an experience with specialty coffees, changing their perspective of the neighborhood from the one violence-torn area to the beautiful coffee-producing sector it is. Today, La Sierra is a neighborhood where you can travel without any fear, and experience the remarkable tranquility that this mountain-top neighborhood offers.

Proyecto Renacer has been developing coffee for over 6 years, in which they have really worked hard, to provide world-class fermentation protocols for extraordinary products.

With this Coffee we Impact the Following SDGs:

In comparison to the FNC buy rate, TCP pays 46% above fair market value

Through Proyecto Renacer, residents of the neighborhood have opportunities to work much closer to home, eliminating the need to commute extreme distances.

Want to try them? Order your sample package by emailing jennifer@thosecoffeepeople.com